Win FREE Tickets to the next Rebel Sound Systems session Episode 2
Friday 24th February 2017 at AMP Venue, Hanover Street, Cork IRL
Head over to our Facebook event page for details of how to enter! Good Luck! 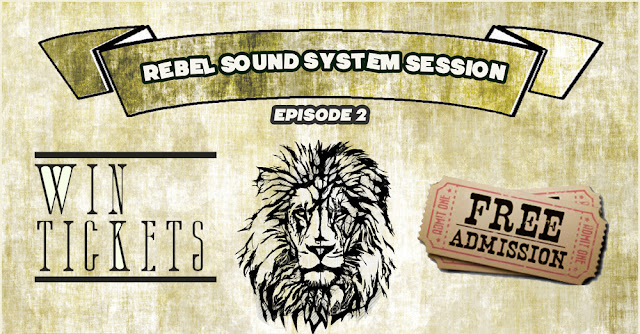 These Rebel Sound System Sessions are bi-monthly events, bringing national and international guests to the Cork audience. This is part two of a 'Home & Away Roots Exchange'.

In Part one, Revelation brought their sound to York in the UK alongside Irie-Vibes back in November 2016 and had a great reception. This is Irie-Vibes first outing to the rebel county, bringing the Ire-Vibes fire to our local town.

Two sound systems playing back to back, two tunes at a time. This arrangement gives the listener two different perspectives of the sound system reproduction experience in the same acoustic space.

Revelation have been linking with UK sound systems for several years now, most notably at the United Nations of Dub (U.N.O.D.) annual festival, held until recently in Whales.

Expect a night of deep roots & blazing steppas. Building on the powerful gathering these two sounds had back in November 2016 in the UK. 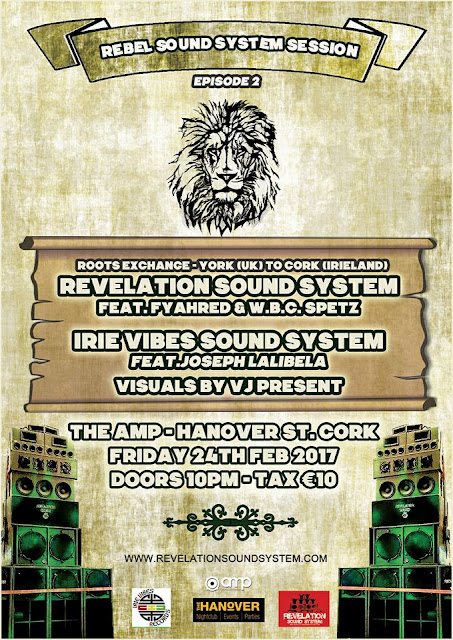 Posted by Revelation Sound System at 08:53