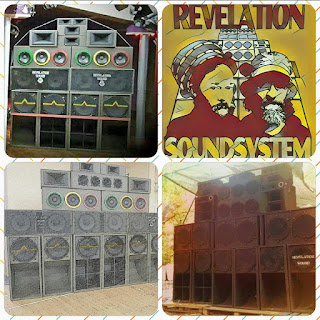 This year 2017 rebel county Revelation Sound System are fired up and ready to celebrate twenty years of building, organising, producing and playing sound system dance events around Ireland and abroad.

Inspired by the emerging conscious reggae music scene, Revelation duo Benji Revelation & Miahlodica teamed up to build a high quality sound system, to reproduce roots reggae music in the Jamaican sound system style. The sound system concept first became popular in the 1950's, in the ghettos of Kingston. DJ's would load up a truck with a generator, turntables, and huge speakers and set up street parties. 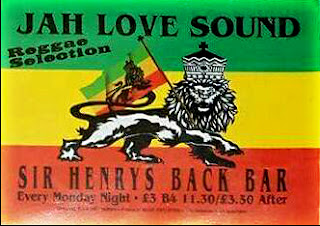 The first Revelation session back in 1997, was held upstairs at 'An Spailpin Fanach' on North Main street, Cork city,  A regular night at 'Sir Henry's Nite Club' soon followed and although a Monday night was the only night on offer, it was a humbling surprise to them that the night became an instant hit, finding people loving the much unheard roots and UK steppa's style music this crew played and promoted. Keen to cultivate awareness of the roots and dub scene, Revelation brought many guests to play in Cork over the last two decades, including Bush Chemist, The Disciples, Jah Shaka, RDK HiFi, Mungos Hi Fi, Channel One, Lee Scratch Perry, Jah Tubby, Murrayman, Roots Ting & as many conscious Irieland and local crew we could find.

Throughout the Revelation journey, the crew have been continuously tweaking the sound system hardware, in order to maximise the sound system experience for the listener and dancer. During 2016, on a visual and technical level, Revelation have made leaps in terms of reproducing the quality of the full sound spectrum reproduction. New Drivers (speakers) have been upgraded in all sections alongside newly constructed boxes and bass bins. Back stage the system's electrics and amplifiers have also been updated to the latest technological capabilities. Making the operation of the system much more stable and easier on the ear in the mid and top ranges. This has been a huge investment for the Revelation team, as the sound and equipment is modernising, and knowing that the clearer sound is moving the audience to deeper levels of aural & bass experience, Revelation Sound is ready and well set for the years ahead. 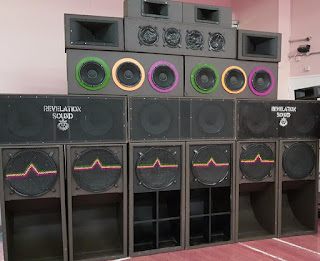 Marking this two decade milestone, the Revelation family have a boom year installed for all supporters of the Rebel county sound system. Years of sound system adventures both at home & abroad, have motivated the Revelation crew to make year twenty on the roots and culture road the best yet.

February in Cork the Revelation crew host 'Rebel Sound System Sessions', Episode 2, at the AMP venue on Hanover street. These Rebel Sound System Sessions are bi-monthly events, bringing national and international guests to the Cork audience. The first Rebel Session, Episode 1., was held in December 2016 and was a big success, with a full dance floor all night, and saw Galway based Rootical Sound System set up alongside Revelation Sound with guests Spetz (WBC) and vocalist Fyahred. Two sound systems playing back to back, two tunes at a time. This arrangement gives the listener two different perspectives of the sound system reproduction experience in the same acoustic space.

In Episode 2, Rebel SS sessions invite UK based Irie-Vibes Sound System to Cork. This is part two of a 'Home & Away Roots Exchange'. In Part one, Revelation brought their sound to York in the UK alongside Irie-Vibes back in November 2016 and had a great reception. This is Irie-Vibes first outing to the rebel county, bringing the Ire-Vibes fire to our local town. Two Sound systems are again in operation back to back! Future plans for Rebel Sessions include legends Dougie Conscious & Culture Freeman, who first played Cork in '97, and are bound for return this year as part of Revelations twentieth celebrations. 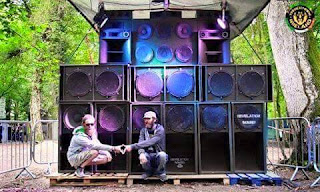 Trenchtown invites festival goers to the woods of Stradbally to sample a slice of Caribbean culture. Known as the ‘Jamaican Gem’ the Village bridges the distance between Ireland and Jamaica, with authentic Cuisine, Dance, Art & performances, hosting the best of Reggae, Ska, Dub and Dancehall across its four music stages.

Check out Revelation Sound System's Blog for more info, updates and links on these and future events. Too many gigs to list ahead, so lets just say 2017 is looking well irie. Stay tuned to revelationsoundsystem.com 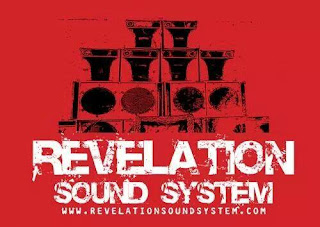 Big up respect reaching out to all our dancers from day One and new. A special thank you to the sound system movers, lifters, booker's, MC.'s and players who support Revelation on the ground. Heartical salute to each and every one of you from the Revelation crew.

Posted by Revelation Sound System at 02:35